I wanted to start a discussion, art based response also, to the question over whether notions of 'lost future' and being in 'a time out of joint' are relevant now we appear to have moved into a different historical space. 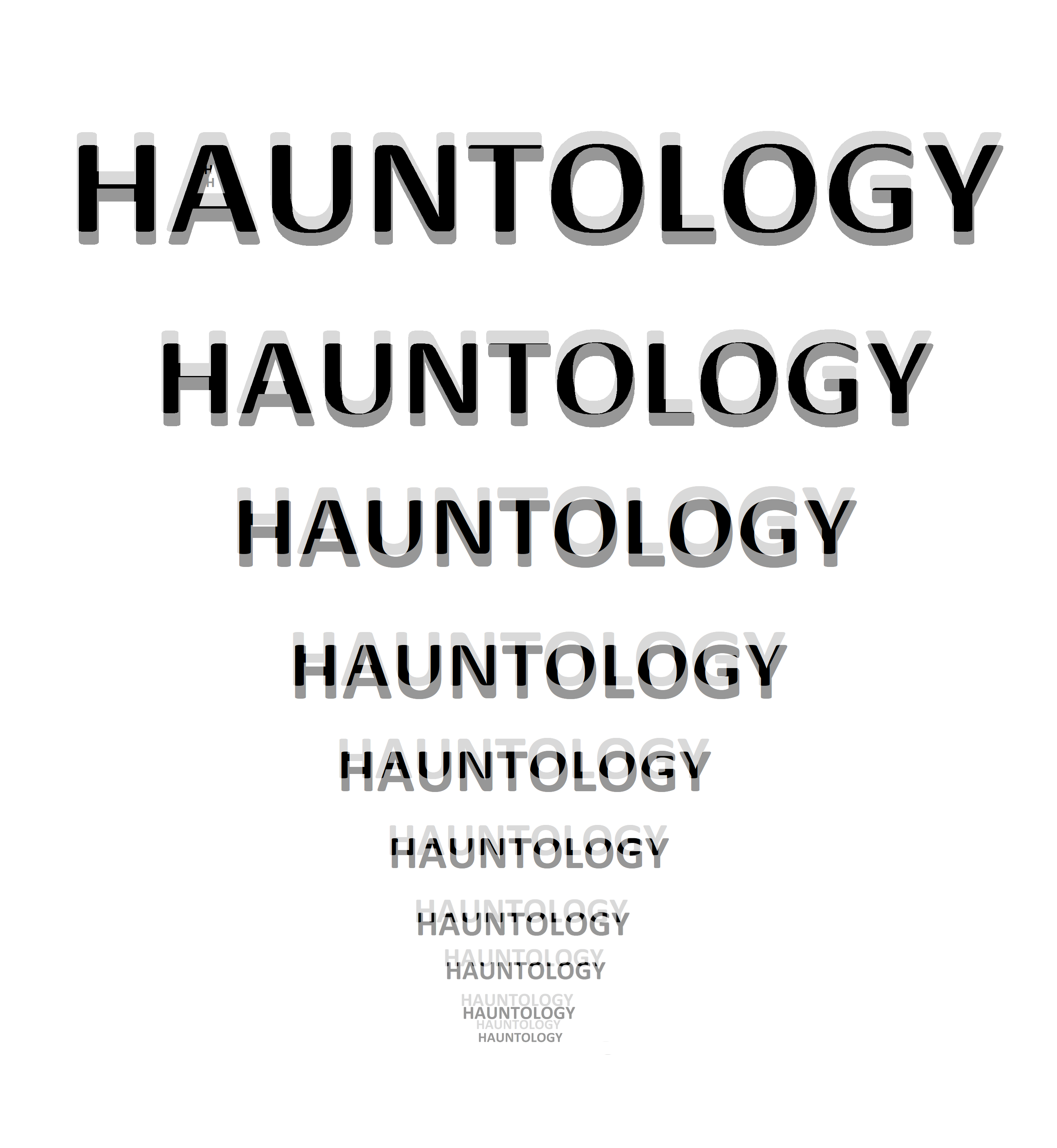 Obviously not! At least from the perspective of Jacques Derrida, who theorised Hauntology.
Derrida’s deconstructionist argument, that no one thing can ever obtain full presence over something else – that which isn’t referred to always (sub)exists, exists in traces an example of deconstruction (when we say the word ‘man’, it is always in relation to the word ‘woman’, which haunts like a ghost word. The word ‘man’ cannot be thought of without that which isn’t mentioned: ‘woman’) – is elemental to a critique of many of the certainties placed down in the history of Western philosophical thought, and cannot be a passing trend in philosophy.
Hauntology refers to what exists precisely because it has been ‘absented’, from words, language and culture. Derrida’s most famous example of this is when a political idea (or an ideology) claims it has triumphed over all others; the ideas, beliefs and attitudes of that which has been ‘absented’ haunt, because their absence is conspicuous (a time traveller from the 1920s to the 1990s, in England, would be left dumbfounded, looking for ‘Marx’, or for socialism, within the then newly opened shopping malls in post industrial towns).

If I haven’t made a good enough impression of what hauntology is it is because I have perhaps been more involved in its latter usage. A wholly justifiable employment of hauntology that sprang from Derrida’s ‘Spectres of Marx’; the idea that what Francis Fukuyama called ‘the end of history’ ( as liberal capitalist democracy moved into the spaces left by the collapse of the Soviet Union), became a self-fulfilling prophecy, as, consequently we became a culture unable to imagine anything different from what we already existed in.
The most important writer, and inspiration for the ideas of hauntology in relation to this historical period, was Mark Fisher. Mark Fisher diagnosed our times as afflicted by ‘capitalist realism’; where not only had the ideas of the market penetrated far more parts of our lives, but none of us were able to conceive that things might be otherwise.
Fisher, who was equally at home writing about music, film, and novels as on politics, argued that there was a growing trend of repetition of styles and formulas in the arts, that seemed synchronous with a trend towards increasingly computerised, media-focussed technology, and the increased emphasis of individual market-based competition, over previously existing forms of social security (what most of us found easier to call neoliberalism). Fisher saw that what was once dynamic, and constantly breaking norms in the arts, especially for Fisher in 20th century pop music (which either himself of Owen Hatherley defined as ‘pop modernism’), had evaporated in sync with a feeling that it was impossible to imagine a future tense different to the tense we were living within. Fisher, and ‘Franco (Bifo) Berardi’ argued that the triumphalist feeling that surrounded ‘the end of history’ had ushered in a sense of malaise, exhaustion, and eventually a depressive realism, in what they both called ‘the slow cancellation of the future’.

Becoming a devout follower of Fisher’s outlook, that in the early 21st century, we were surrounded by ‘ghosts’ of lost futures (in the ‘failure of the 21st century to arrive’, in the omnipresence of music that could no longer be identified as belonging to a certain time), I began to see ‘ghosts’ all around me; things that ‘didn’t quite fit’, that were ‘eerie’ because, fundamentally, we were in a moment that ‘didn’t fit’.
A few of us eventually set up an artist collective in the name of such a cultural experience: the Retro Bar at the End of the Universe. Our projects were ‘haunted’ by ‘hauntology’, we became expert pub-seat observers of our cultural ‘condition’, obsessed by our personal lost futures (most of us, after all, grew up amidst those very promises of a culturally-determined individual self-fulfilment, in the heady early days of the ‘end of the history’; the 1990s), constantly wondering if an ‘afterwards’ will ever come. What could occur after the end of the future, what music could surpass the already zombified ‘Vapourwave’, for example?
Well, in 2020, amidst events that everyone seems to be calling ‘unprecedented’, suddenly the sense that ‘the futures of the 20th century haven’t arrived’, that clung to everything in the 2000s and 2010s, no longer seems relevant. Our past decades seemed to be laced by two contradictory sensations; one of anxiety about what tomorrow would bring, and one based on the sense that things won’t ever change. Today, amidst Covid 19, it feels like everything may change, often from one day to the next, whereas 3 months away feels like could bring anything as unprecedented as a police state or the end of capitalism as we know it.

It truly feels like we are within what the documentary-maker Adam Curtis called ‘the Desperate Edge of Now’, an experience people in war-torn, famine ridden countries will know too well, but one, we in the West could never imagine happening again. Yet, as much as words like ‘war torn’ can only ever terrorise our imaginations, what we face is a cliff edge of Now-ness, beyond which it feels anything could happen.
As much as I do not want to follow in footsteps of other ‘triumphalist’ proclaimers (and wouldn’t it be the ultimate irony to proclaim that an idea that nothing can ever be fully absent, is now absent!?), is ‘hauntology’ as we know it, dead?
This is a thread that I both wish my fellow collective members to chip in on, and others too. Please add some constructive thoughts on this. Thanks