However, we describe it the great British cuppa, brew, char it has been relegated to the furthest corner of the cafe menu. It has been replaced by coffee in various guises, served iced or laced with exotic fruit. Tea is treated like the embarrassing auntie at a wedding, ostracised and unpopular. There is no appreciation for the tradition of tea making globally. What can be better than a brew and a natter to solve personal and world issues?
Come and join me on my travels, it's going to be an experience! The first destination on this whistle kettle tour is Geneva. Enjoy!

3 legged chair outside the UN building in Geneva.
Robinson, 2018

Geneva, home of the United Nations(UN) and Lake Geneva which houses the largest fountain in the world. What can be better than sitting by the lake and enjoying a hot cup of English breakfast tea, only the price of the said cup of tea? 28 Euros for a cup of tea and a bottle of water, and therein lies the rub. Budget airlines get you to the city at a budget price but the cost of the simplest items make a budget weekend a very expensive weekend. I would suggest that the sculpture outside the UN Building, describes prices in this city to a T (excuse the pun), Geneva is a beautiful city but it will cost you an arm and a chair leg. I must admit that I do like a green tea , fruit tea and sometimes before bed there is nothing that can beat a camomile tea for me.I enjoy a latte from time to time, but for me there is nothing like a real cup of british tea, it launches me into a new day, it reminds me of time spent with my nanna and at times it is the only thing that can will do.

Riga a city of mystery, nothing in Riga is as it seems. The freedom monument is guarded by men carrying rifles. The KGB building presents as an ordinary house on an ordinary street. The tiled Victorian flooring gives no hint of what is going to be a journey into the darker side of the cities history whilst it was under communist rule. Step to the end of the ornate hallway and you are confronted by a metal door and it's like stepping into a parallel universe, high ceilings and moulded architrave are replaced with stark concrete floors and row after row of tiny jail cells. A narrative of torture and inhumane treatment awaits all for simply reading the wrong kind of books. Step back into the sunshine and such an intense thought-provoking tour requires a decent brew and some good grub. I spy an Irish bar, safe bet you would think. Think again, the meal of choice steak pie contained no pastry, but it had lettuce, a whole Lollo Rosso on top. The tea, however, looked promising but went to pour in the milk contained in the small white porcelain jug and it didn’t pour it glugged, it wasn’t milk, it was cream. Thank you Riga, for making me look beyond the exterior, believe nothing question everything!

View of the cells in the former KGB building.
Robinson, 2018. 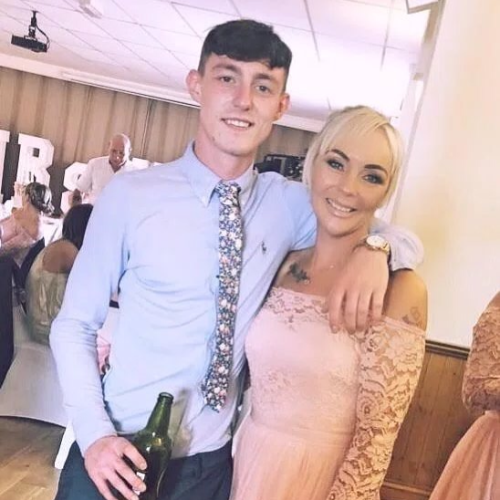 Love the way this story is told. Riga sounds like a very creepy place. Like the quote at the end, “believe nothing, question everything”.

Cream in tea Yuk! But I have to say that I was safely in the north of England having a cup of tea my dad in a little cafe, and we were given a jug hot milky with our tea ! it's just not right... it's not very traditionally British.

Receiving an offer to visit Rome was met with the response “hell yes” and the more sarcastic and apt response, “is the Pope Catholic”? Probably not two responses that belong in the same sentence, however, I am not a conformist. My son’s response, however, was less than impressed and the words “she is spending more of our inheritance” still ring in my ears. The saying all roads lead to Rome may well be true but not for me it’s a flight path all the way. The first stop on our Roman holiday was our Italian hotel, Hotel Villa San Lorenzo Maria, poshing it up, champagne lifestyle on a lemonade budget, so snapped up the offer of a complimentary beverage. Finally, I decided to embrace the culture and in the home of the latte, when in Rome do as the Roman’s do. Latte it is. The Latte I was handed was grinning at me, grinning a demonic grin. What message the demonic latte was sending soon became obvious. No trip to Rome would be complete without a trip to the Coliseum. What I wasn’t prepared for was walking to the entrance, being suddenly surrounded by 4 centurions, offering to take a photo on my mobile phone of me and my friend being dressed in traditional togas. It soon became obvious the only complimentary thing in the city was my demonic latte, as I observed more centurions chasing other tourists down the plaza with their plastic swords being quickly stowed in their scabbards shouting “Bella Bella, 20 euros”. Suffice to say we paid the 20 Euros. The remainder of our Roman adventure was spent in ruins (there is a lot of crumbling historic masonry in Rome) No more demonic latte for me back to the hunt for my beloved tea.

I love this yarn its creative in the way traveling and tea drinking is intertwined.

With “Bella Bella” still ringing in my ears, I decided to take a break away from the cultured weekend European city break and try the land of make-believe. The happiest place on earth, house of the mouse, yes, I was Orlando bound. This, however, was no single ladies on tour weekend away, this was a full-on, full-time holiday with the tribe- my kids ranging in ages from 11 to 24. A nine-hour flight later and several decent cups of tea on board Virgin Atlantic had me ready to embrace all the “Sunshine State” had to offer. I did not have a chance to catch a glimpse of the mouse, however, as we were too busy dodging cats and dogs (it rained, it rained a lot). Not a family to allow thunderstorms to spoil our fun, we continued to the theme parks like seasoned professionals and sought out all the attractions indoors. After hanging at a 40 degree angle in Gringotts bank, escaping a villainous creature with the aid of Spiderman, cycling around the moon to get E T safely home and a competition shooting aliens with Will Smith (I lost dismally), it was back to our holiday home with the kids occupied and the sun finally shining on me it was tea time, I had learned from previous experience to take my own tea bags with, no more leaving it to chance. Sheer bliss and finally some me time even the sky was happy for me and then the locals came calling …….

Oralando sounds the best place to visit, rain or no rain, and for someone who does not like tea, i would to have a lager instead.

Those noisy birds, very interesting I’ve never heard anything like it from an animal